Battambang is a city in the north-west of Cambodia which is surrounded by small, ultra-poor villages. Many Cambodian families migrate to Thailand for work, taking their children out of school for months at a time.  With no remedial or reentry classes run in government schools, many of these children drop out of school at an early age.

In 2006, local teacher Bunrith (Racky) Thy decided to start one small community school with the aim of “catching” drop outs and re-enrolling them into the public school system. Racky called these “supplementary classes” and, for the first 6 years, Children’s Action for Development (CAD) was funded entirely by Racky and donations from tourists.   Students from the local university taught as volunteers at the school and the community, including the local pagoda, offered support by providing buildings, food and other materials.

In 2012, CAD entered a partnership with Classroom of Hope and Future Sense Foundation.  These partnerships helped CAD expand its operations so that the supplementary class could be run in 3 schools, attended by 365 children (including 25 pre-primary).

Between 2013 - 16, Classroom of Hope, with funding provided by Navitas, implemented a Child Friendly School program in 7 government primary schools with 1762 children. In 2016, this program was expanded into 5 new schools". In March 2019, the Child Friendly Schools program ended and, in July 2019, CAD began to implement a new, three year CoH/Navitas 3 project. In 2019, CAD constructed 4 new classrooms at Andoung Trach primary school and will:
• Construct 4 new classrooms at Toul Lveang school in Year 2.
• Construct 2 new classrooms at Preak Drob school in Year 3.
• Provide 90 scholarships to students each year.
• Provide a total of 60 bicycles to poor children who live a long way from school. 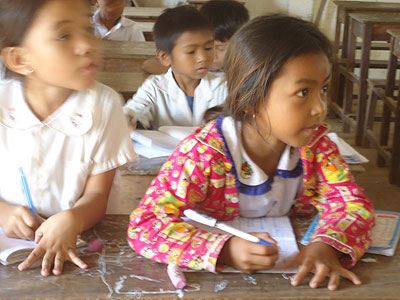 Nobody can doubt the enthusiasm to learn in Cambodia – they know this is the only way out of poverty. 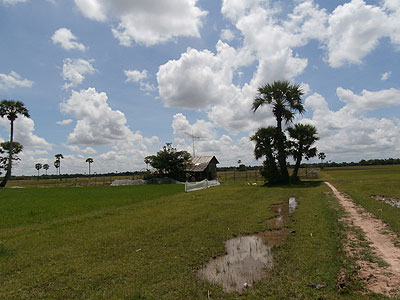 Many of the children live in remote areas that flood annually. Subsistence farming is the main source of income and the average daily wage is around US$3.00.